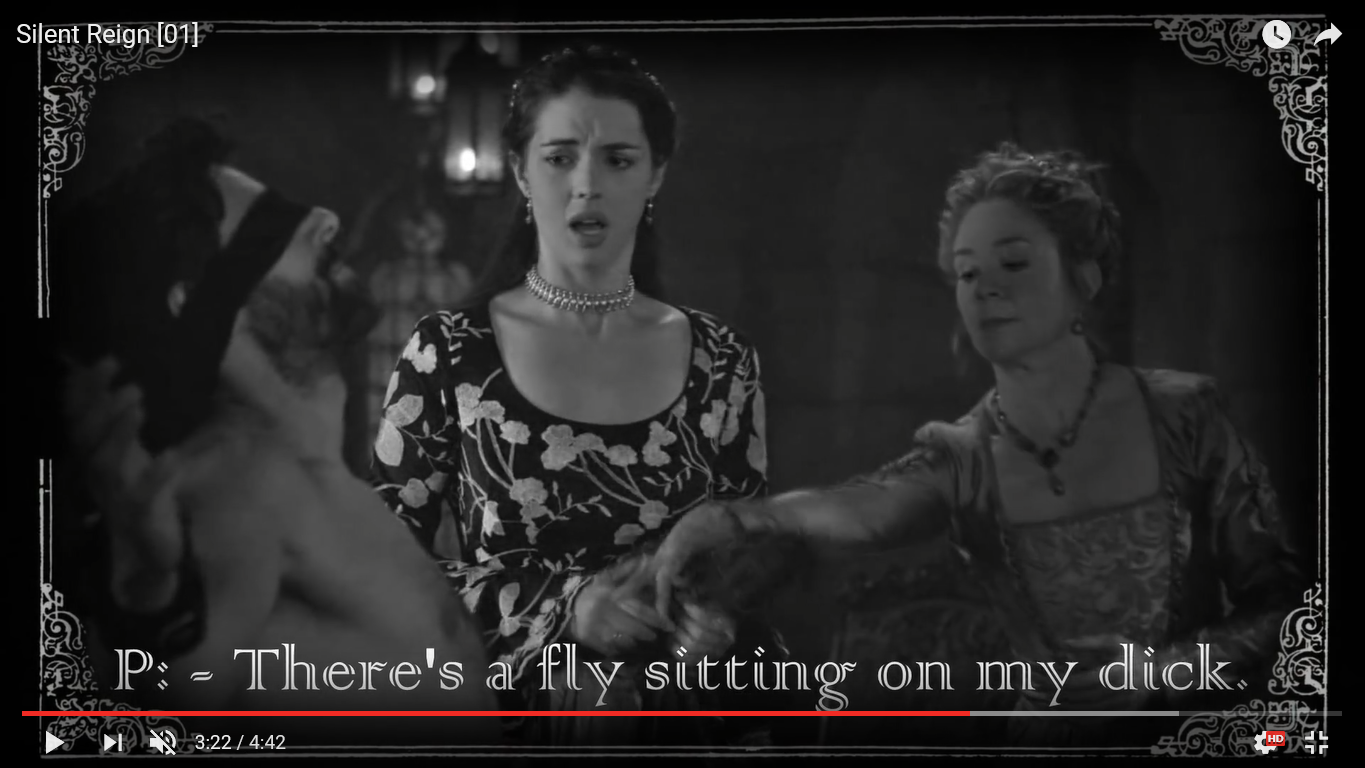 Reign as an Adult Silent Movie of Early XX Century

The royalty is bored and their games are just as unscrupulous and self-indulgent as hard and complicated are their blue-blooded lives and duties. Everyone has their own way of dealing with stress, right?

This episode is directed by Narcisse. Not really. It’s just my imagination of what his perverted imagination would be…

Mary, Lola, and Catherine have to do whatever bold and wicked Narcisse dares them to. Let’s see how it goes and who wins.