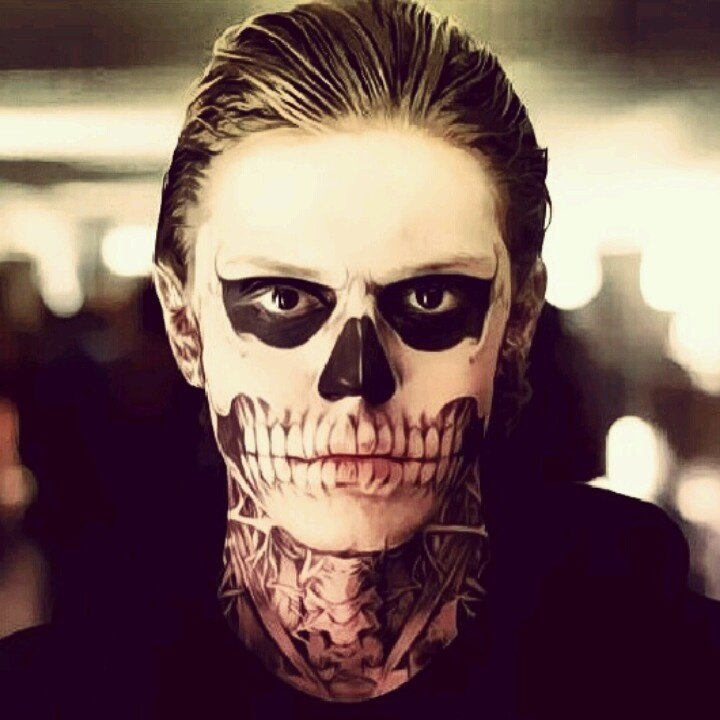 Don’t get me wrong, I LOVE Tate Langdon’s character, this is an amazing work of art in psychology and the fact how concerning all this fascination with the “loving” psychopath is, only makes it way more valuable and a highly debatable matter. Especially since the creators of AHS made Tate seem good and caring a lot of times and pushed this conflict in our heads even further.

One of the questions that’s still a mystery to me: why did he try to save Violet? He wanted her, so if she died in that house, she would’ve stayed with him forever. Same age as him, with the same teenage look and mindset. Forever. He tries to convince her to commit suicide later, but only because she’s dead already. Why would he do that? So she feels better about her own death? Sociopaths don’t care about others feeling, they don’t have empathy. This is all so confusing and conflicting. And yet, just like many others, I let it slip – I’m too invested in the characters and I want them to be together that “recovering psychopath” seems pretty legit… which is not.

Was this a deliberate decision that creators made? Let’s confuse the fuck out of people and make them fall in love and feel for the sociopath. We’ll make him do the most terrible things looking really cool and handsome while doing them (oh, that war-paint on Evan’s face and that skin-tight latex costume… each of those require a post of their own with some explicit imagery). Who cares if Tate kills, and lies, and manipulates and rapes if he looks, talks and walks like he owns the show and the world itself if he can cry and turn into a sweet little kitty and seem to love Violet so much that it hurts just to see him staring at her. The play on viewers’ feelings was truly flawless. And it needed such an incredible actor as Evan Peters. It got me hooked for all that’s coming next and although there were worse and better seasons, American Horror Story and Evan Peters still have to disappoint me.