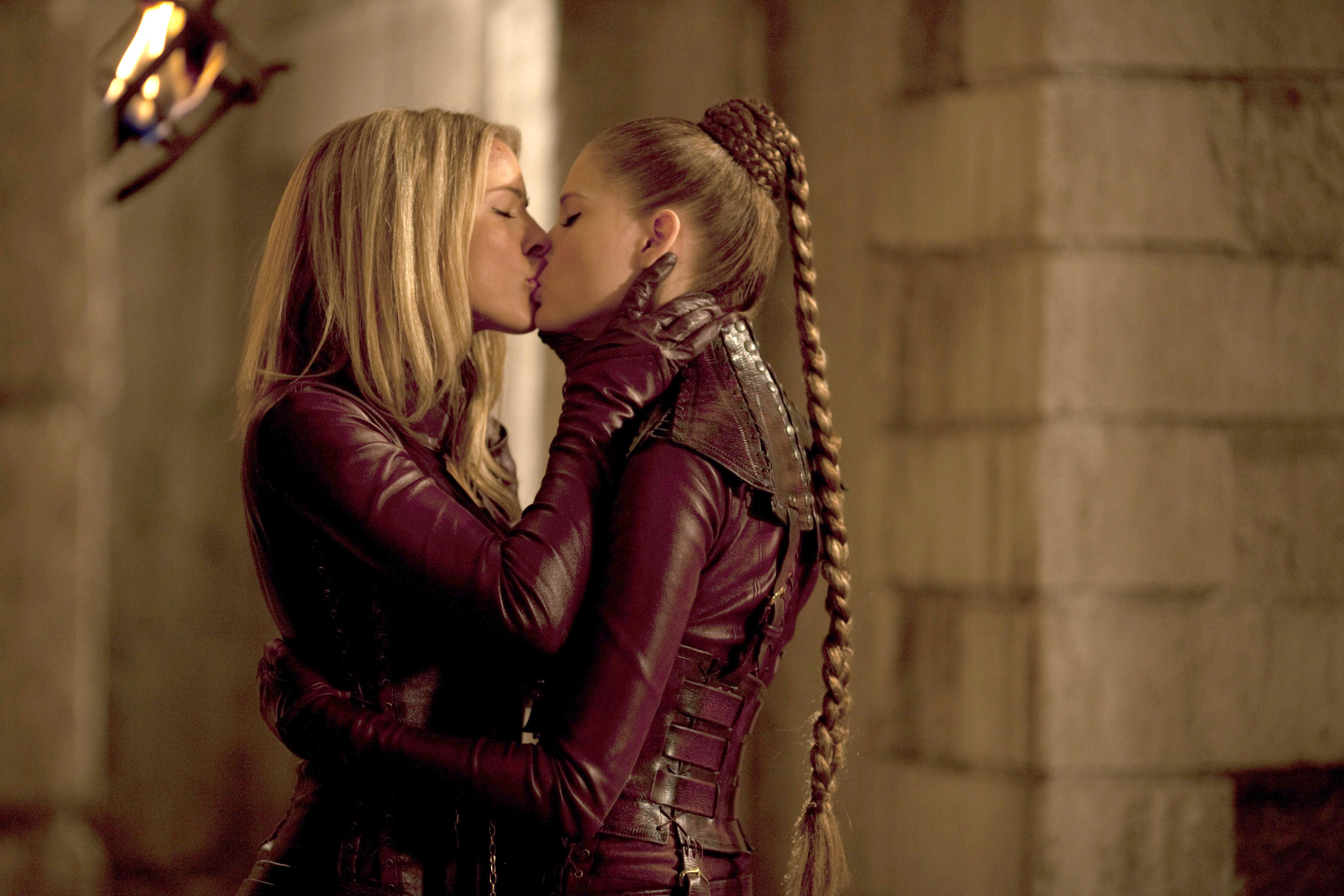 Parallel fates of the Confessor and the Mord-Sith created by fans. Imaginative stories and videos about Kahlan and Cara differ greatly from the TV show and the books.

Thunder only happens when it’s raining

Summary: When the Keeper was defeated, it seemed that life should start again with happiness and joy, but now Kahlan was feeling only woe and sadness. Along the way toward home, things go awry for the Seeker and his band. They are forced to take paths which will bring them to face what the future holds and deal with events from the past. Kahlan will find out that love has many sides and shapes. [fanfiction.net]

–  Who’s Dahlia? – the harsh tone of Cara’s voice let itself be heard for the first time since the conversation had started. She was suspicious and scowled sharpening her look, feeling that the Wizard was keeping something from her.

Zedd turned to Cara gaping and at last recalling that he was the only one remembering what happened before he cast the Spell of Undoing. Dahlia never became a Mord-Sith and never came to search for Cara. Richard and Kahlan never knew that Cara had a son from Rahl and Cara… She never heard from Darken that he killed the baby the day he was born. She was probably still thinking that the boy was alive somewhere…

The story feels genuine and compelling. Main characters maintain their personalities. Past events, previously seen on the show, are incorporated into dialogs and tend to develop into something new and significant. Old questions are being answered and new drama is being formed. The course it takes seems very natural. This must be my favorite lesbian joke that Cara makes:

Kahlan stepped on her side and tried to approach the Mord-Sith. – Is there something wrong with you today?

Cara turned to her with a definitely annoyed look and shrugged, without bothering to reply.

– Cara, your tongue wouldn’t get paralyzed if you’d talk more than four words per day, you know! – the brunette insisted with a hint of temper in her voice.

The blonde kept on looking ahead and retorted: – Yeah. That would be a great loss for the whole of womankind.

The World Not Reeling

Summary: Kahlan and Cara are forced to appreciate just how blurred the line between love and hate can be. [archiveofourown.org]

This following scene is sinfully seductive. It’s written in a way that it’s just too easy to visualize:

Kahlan stepped forward. She didn’t know why–to get a better look, maybe. To see just how far beneath her shoulder blade that one scar curved. “Cara the Mord-Sith, admitting she isn’t a great fighter.”

“I did not say—“ Cara turned and found herself closer than she expected to Kahlan. She took a startled step back, and out of reflex, Kahlan grabbed Cara’s arm to keep her upright.

Quick as a blink, Cara wrenched her arm from Kahlan’s grasp. “Do not touch me,” she seethed. She was almost convincing in her anger at having her personal space violated, but Kahlan had seen that momentary flash of fear cross Cara’s features. It was so foreign on Cara’s face it was unmistakable. Cara may have left Darken Rahl’s side and joined Richard, but she was still plagued with a Mord-Sith’s fear of Confession.

And therein lay Kahlan’s power. She pressed forward, sensing a possible blackmail opportunity, if she could only convince Cara she wouldn’t hesitate to confess her despite Richard’s promises. Cara’s nostrils flared and she stayed stubbornly rooted to the spot.

Kahlan stopped mere inches away, the tip of her nose just above Cara’s. They were nearly the same size, though Cara’s separatist attitude and imposing presence had always made her seem a little taller.

“Funny. I’d say from the look of some of those scars, you let someone touch you.”

Cara’s mouth curled into a sneer. “She also helped in other areas as well. Are you volunteering, Confessor?”

Videos that can be made out of the limited footage from the two seasons of Legend of the Seeker pales in comparison with a creative fan fiction scattered throughout the internet. There is another example of what I’ve managed to accomplish:

More videos following fictional Kahlan and Cara’s relationship can be found in this playlist: