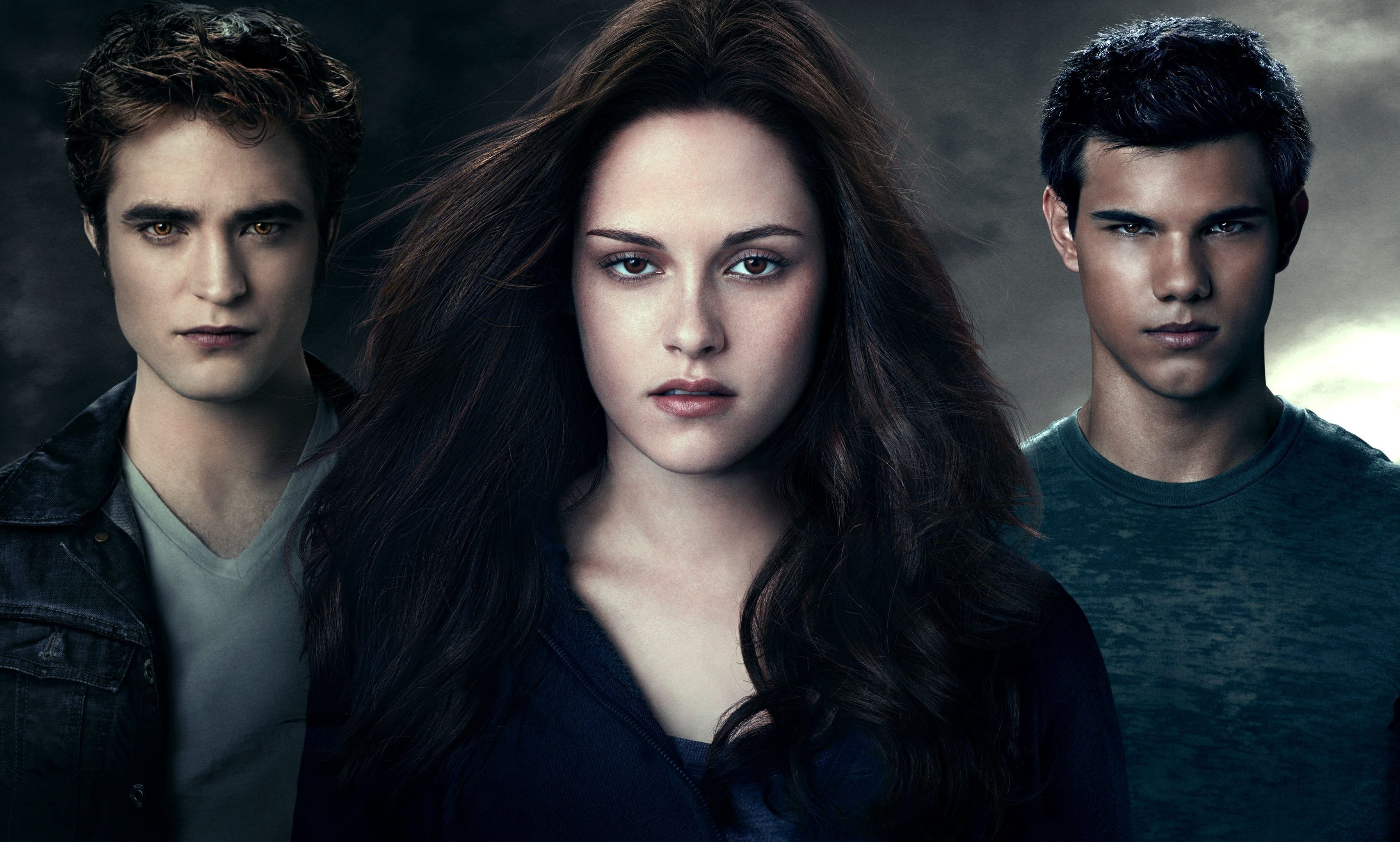 So much hate, so much love, so much criticism and worship. Is this one of the lamest or one of the best love stories in the movie history? I have a love-hate relationship with Twilight myself. From one point of view – for such an obsessive and addictive personality like me, their love and attraction hit really close to my heart. I’ve been there, I’ve felt it. It’s a ride worth pursuing, it’s a thrill with lots of ups and downs. It’s not entirely fiction. On the other hand – fuck that dreamy happy ending, that’s not how things turn out with such passions. It’s never this good, never this perfect. Even soap operas show more realistic outcomes…

Another love and hate factor for me is the main character Bella Swan (act. Kristen Stewart). Bella knows what she wants and fights for it – Edward (act. Robert Pattinson), but she’s too passive, too closed up to see anything else around but him. Her personality is too one-dimensional, too undeveloped, so once she loses Edward there’s nothing for her to hold on to, nothing to look forward to. And that’s what happens in a very dysfunctional relationship, usually between two people where one of them is insecure and sensitive and the other has sociopathic tendencies and can’t help but exploit others. And that is definitely not the best example of the perfect romance. That’s pure full-blown addiction. And I must confess, I loved it…

Jacob: Sexy wolf with a six-pack

Jacob (Taylor Lautner) could be interpreted as a perfect tool for female manipulation or just a mindless rebound if it was a real-life situation. Desperate and depressed girls would do that. – You went away – I found another so that jealousy would bring you back to me… Or she would do it to fight against her insecurities and loneliness. Sometimes, to keep her social status among female peers as well. Jacob is the hottest guy around who’s into motorcycles and is from a different clique which makes him seem exotic.

Jacob is the hottest guy around who’s into motorcycles and is from a different clique which makes him seem very exotic. He’s also sweet and kind. What I like about Bella – she’s being honest and isn’t trying to seduce him for all the wrong reasons, Bella confesses that she’ll “never run right”. She is broken, suffering and isn’t afraid to show it. Maybe it looks pathetic, but that is real, people need time to deal with pain and be able to move on, not grab anything and anyone on their way to make them feel better for a moment. Love withdrawals are painful and pathetic, that’s true. People get stuck in denial just as it happened to Bella and this phase has been vastly ignored in most of the movies I’ve seen. And again – real feelings, real problems, but the dreamy unrealistic ending of Edward coming back and loving her just as much as he did before. – Oh, welcome, addiction reinforcement! Just as I was healing and feeling better, you had to show up! – this shit also happens, a lot. Just not the way Twilight portrays it…

Twilight Saga: for all those in denial

However, these obsessive relationships are real and the outcomes need to be discussed and made visible because it leads to years of depression and suicides or, sometimes, to wishful thinking creations like the Twilight Saga books written by a Mormon Stephenie Meyer are.

The way it all turns out though in the books (and movies) – is an example of a fan fiction gone wrong and then viral. The way Edward leaves Bella in New Moon – all just to protect his lover, – is false. Usually, it’s a manipulation that is meant to only strengthen the addiction and that is exactly how this separation works in the following movies. Except that it’s shown in a completely different, diluted and dreamy white light with a wedding in the end. And again – this is wrong and dangerous.

Eclipse and Breaking Dawn: Give me your strength

Despite all the bullshit, I kept watching. Why? Because I was waiting for Bella to turn. She’s been fighting for it and finally showed some character development. She wanted to be equal in strength and abilities to vampires, she wanted to become one herself. Bella was risking a lot – death and losing Edward. It was her blood that attracted him so much, so losing that might mean losing her lover’s attraction. And she still wanted it, she knew there’s no way she could be his equal without this change. That’s what I loved about it, but… the way they showed her reasoning for it – being afraid to look too old for Edward because she’s aging and he’s not. Wtf? The same mistake again – reducing all of Bella’s actions to suit Edward’s wishes and “lifestyle”.

From modern and realistic perspective Bella would be driven to attain all that Edward has because it wouldn’t be just him she fell in love with in the first place. And actually, that’s what Bella says when she’s reborn as a vampire – she feels like she can start living – finally, Mrs. Cullen has found who she truly is and Edward was the only road leading up to this life that is right for her. Again – I love that Bella discovers herself and has to actually fight for it, but I hate that it all comes through a man that she’s obsessed with. It reinforces the notion of a good kind girl devoted to her man and is antagonizing an ambitious bitch who she might be considered as if Edward wasn’t involved in all of this. And again – this only strengthens highly judgmental views about women trying to achieve something on their own in their lives. I still love it and hate it at the same time. So fucked up…

Message to the writer Stephenie Meyer – If you don’t have the balls to do justice for your story and characters… Idk, go get some. :/