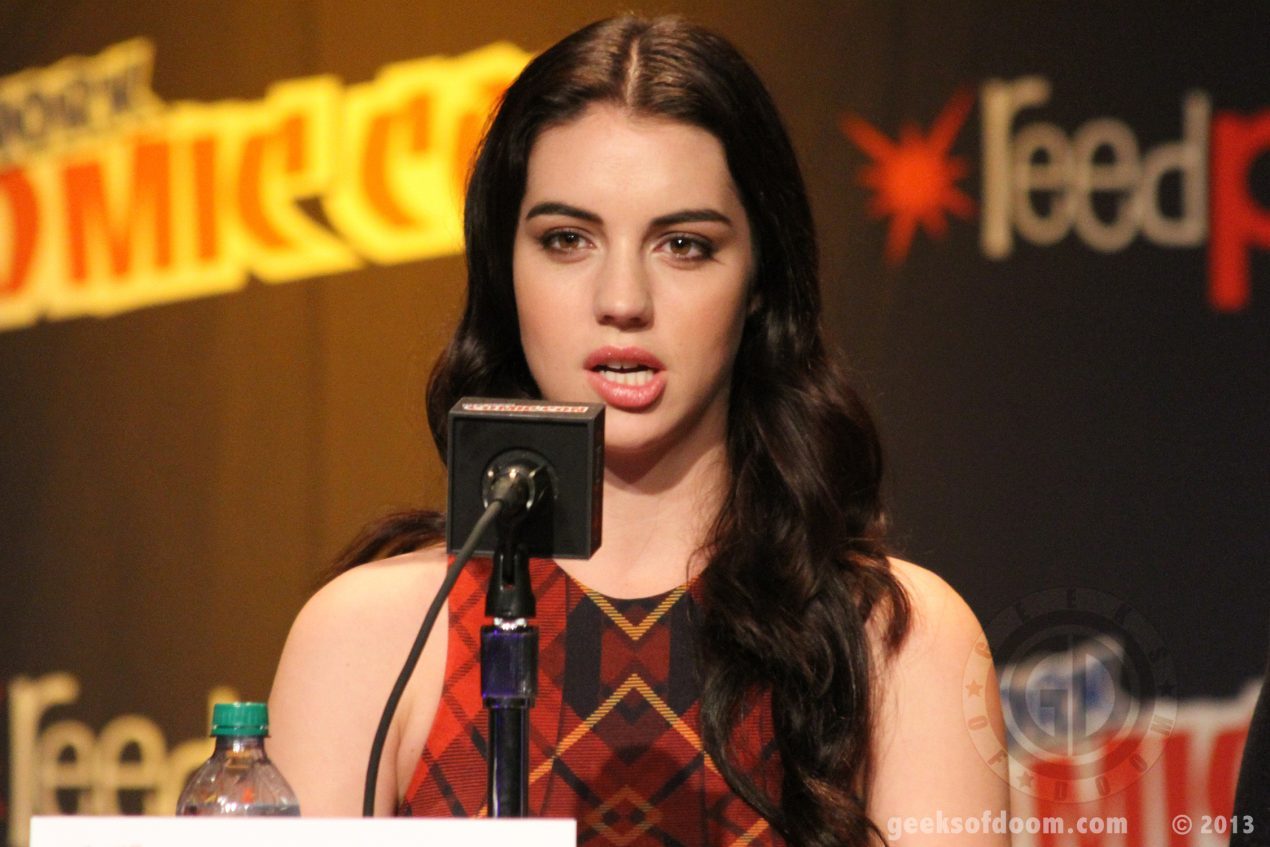 – Carry a dagger at all time. Have that shit strapped to your thigh! – Adelaide Kane’s advice to Mary Stuart, Queen of Scots.

Adelaide Kane (born 9 August 1990) is an Australian actress. Her father is Scottish (from Glasgow) and her mother has Scottish, Irish, and French ancestry. Kane started performing at the age of 3, starting with dance and then moving to singing and acting. In February 2013, Kane was cast as Mary, Queen of Scots in the CW period drama series Reign.

In 2014, Kane appeared in horror movie The Devil’s Hand as Ruth. She originally auditioned for Alycia Debnam-Carey’s role ( the actress played Lexa in The 100), but producers thought she wasn’t right for the part, so they offered her Ruth who got more along with her personality.

In this interview, Adelaine shares her experiences as an actress and talks about movies and TV shows she’s been on. Just watch her amazing reaction once she starts talking about working with Alycia Debnam-Carey:

Interesting historical notes on Mary Queen of Scots that weren’t portrayed on the show:

Mary Queen of Scots on Reign

Mary Stuart was born December 8, 1542, and became Queen on December 14, when she was 6 days old. Mary Stuart is the Queen of Scotland, as the only surviving child of James V of Scotland. Her father died days after her birth, and she inherited the crown. The young Queen Mary of Scotland, Prince Francis and his older half-brother, Sebastian all met when they were 6-years old at French Court.  Mary Stuart is a passionate woman with a clear moral compass. She tries her best to be fair and wants to be a strong leader.

A few short but very personal and revealing interviews

The actress discusses filming assault scene on Reign: – It was the worst thing I’ve ever filmed in my life!

Adelaide Kane, Toby Regbo (King Francis, Mary’s husband) & Megan Follows (Queen of France, the King’s mother) tease A Frary baby at Comic-Con. Adelaine: – I am paranoid now, me, Adelaine. What if I can’t have kids, fuck!

– I find it incredibly frustrating that people harp on the fact that we’re not historically accurate. We’re not trying to make a documentary; it’s supposed to be fun! It’s not the History Channel! It’s a compelling story and they are interesting people, and we’re going to build on that. It’s not just about the romance; [Mary’s] primary focus is the politics, and the romance is secondary.

I: – Mary seems to be the calm center in a crazy storm.

– I think she’s desperately trying to stay calm. It doesn’t come naturally to her; she counts to 10 in her head and takes a deep breath because if she doesn’t she’s going to end up dead.

I: You have some Scottish heritage of your own, don’t you?

– I am half Scottish… the Scottish tartan on my mother’s side is Royal Stuart, which is funny since I’m playing Mary Stuart. Theoretically, we’re related, but not legitimately, unfortunately. Some Lord went and knocked up a serving wench or something back in the day! [Another source states that “Adelaide Kane, is not a descendant from the real Mary, Queen of Scots through her mother’s side. There was a misunderstanding when she was going through her family tree”]