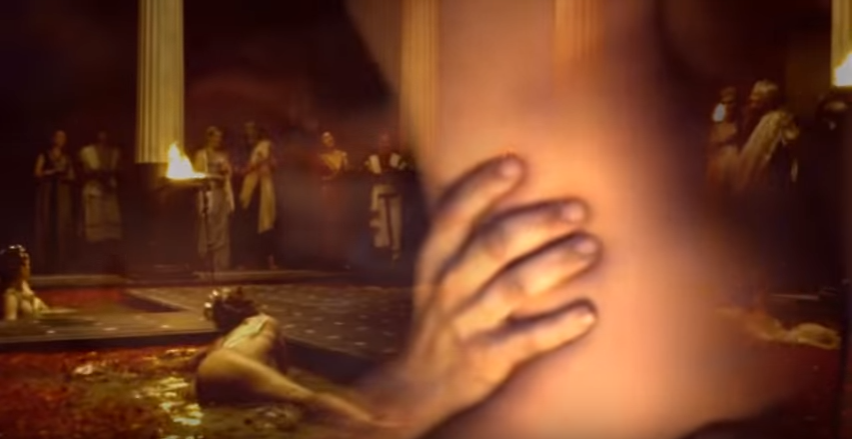 The bigger, the taller, the and the most lavish – it’s a Roman way of building their empire in order to be valued at their times and remembered for generations to come. How many slaves perished while building these structures and how many gladiators and animals were slaughtered inside them? Numbers are just as terrifying as amazing these colossus buildings are…

Inside the Spartacus’ Arena: Romans and Gladiators

While Spartacus: Blood and Sand didn’t focus much on the incredible accomplishments of Roman architecture, the series struck its viewers with an emphasis on a completely different morality and customs. Attention to interior details and language helps to form an unusual and arguably authentic understanding and portrayal of Roman times and people in Spartacus.

Rome’s citizens are not the heroes here – the gladiators are. Their main protagonist – Spartacus, is named after Spartans by his master (at least in the series) and his real name is never revealed. No one even asks him for it and that is one of the main messages in the series – no one cares about the gladiators’ person, just about the coin that he could bring.

The main antagonists in Spartacus are mostly Romans. Batiatus and Lucretia are the masters of the Ludus (a training school for gladiators), and Illytia and Glaber, influential socialites and politicians are at fault for the enslavement of Spartacus. Romans seem materialistic, numb to violence or suffering (at least that of slaves and non-citizens), open to any sexual suggestions and nudity and constantly striving for power, position, and influence. They bet on the lives of gladiators as if they were insignificant pieces of a strategic board game.

Despite Romans’ mean-spirited souls, there’s something in Spartacus that makes us like and appreciate even the most diabolic characters. They love and struggle, experience loss and regret their mistakes, they strive for greatness and recognition. And they do it the only way they were taught or guided into. The mark between good and evil in these series is very thin. It’s all of the Roman society which is morally flawed, not a few selected characters. Can you really blame any of them? Can you even distinguish between good or bad? Right or wrong?