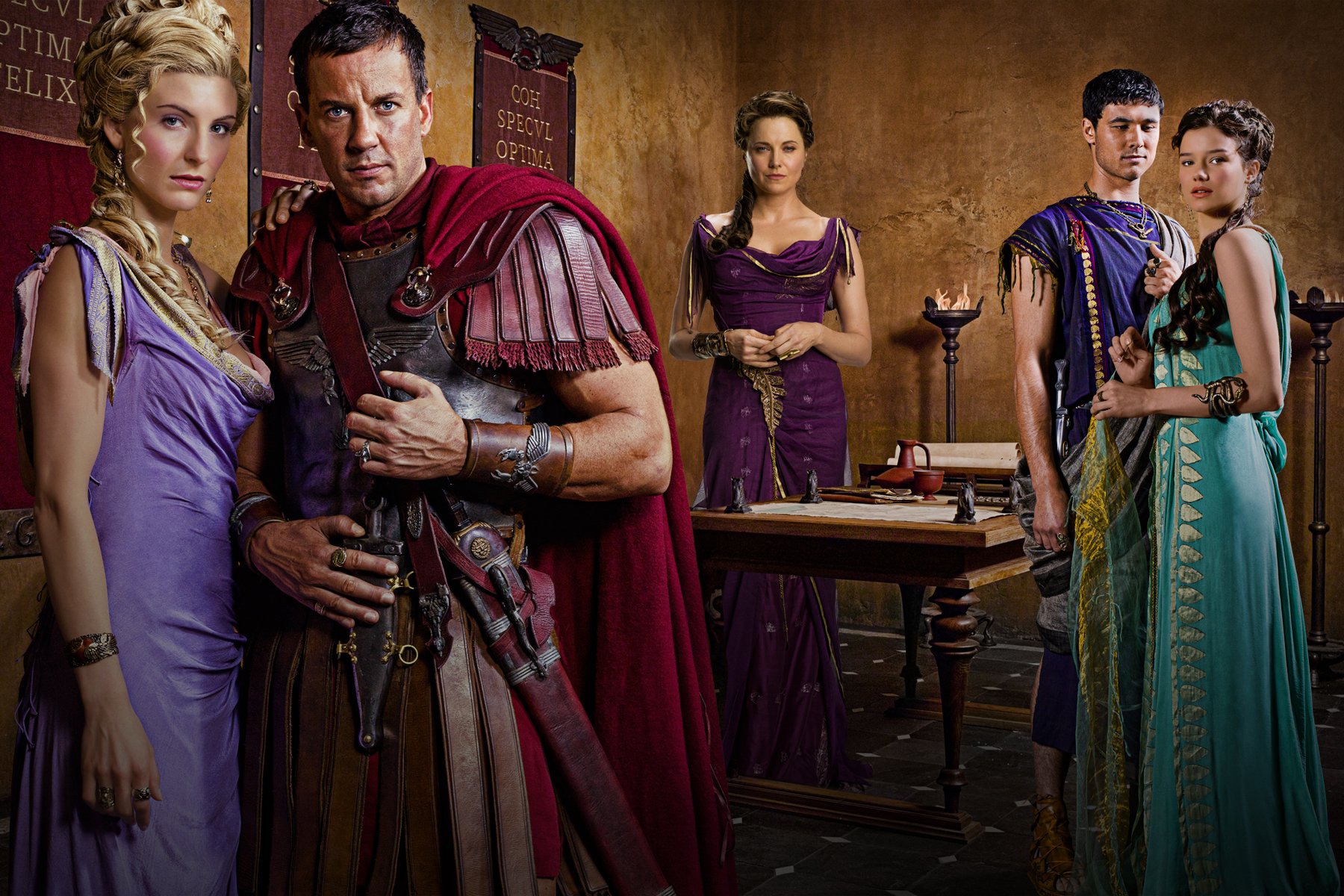 Spartacus Saga: Posters from Every Season

Season 1. Torn from his homeland and the woman he loves, Spartacus is condemned to the brutal world of the arena where blood and death are primetime entertainment. But not all battles are fought upon the sands. Treachery, corruption, and the allure of sensual pleasures will constantly test Spartacus. To survive, he must become more than a man. More than a gladiator. He must become a legend. [amazon.com]

Spartacus: Gods of the Arena

Prequel. There is no Spartacus to be found here – but little matter, as Gods of the Arena is a prime example of making lemonade from lemons. Faced with the unavailability of Andy Whitfield, star of Spartacus: Blood and Sand, the folks at Starz chose to go ahead without him. The focus throughout these six episodes is on the house of Batiatus. The younger Batiatus, already blindly ambitious, wants to make his mark in the gladiator biz, aided by his sexy, scheming wife, Lucretia (Lucy Lawless), and her licentious friend Gaia (Jaime Murray) – and they have just the warrior to do it within Gannicus (Dustin Clare), a preening stud described by one show exec as “Han Solo meets Achilles.” True to the Blood and Sand precedent, every episode offers a steady parade of gratuitous, risibly over-the-top beheadings and other mayhem, much of it lovingly shot in slow motion, along with ample nudity (some of it full-frontal) and sex (all of it soft-core). Almost without exception, Batiatus and his ilk are depicted as frivolous, depraved, and conniving, while the gladiators and slaves are lowly but noble (not to mention as gloriously muscled and sweaty as your average Chippendales dancer). But this isn’t a documentary–it’s entertainment, and on that level, Gods of the Arena totally works. – Sam Graham [amazon.com]

Season 2. On the heels of the bloody escape from the House of Batiatus, the gladiator rebellion continues and begins to strike fear into the heart of the Roman Republic. Gaius Claudius Glaber and his Roman troops are sent to Capua to crush the growing band of freed slaves that Spartacus leads. Containing all of the blood-soaked action, exotic sexuality, and villainy and heroism that has come to distinguish the series, the tale of Spartacus resumes in epic fashion. [amazon.com]

Spartacus: War of the Damned

Season 3. It is the final season of the series, a typically bold, exciting and intriguing – and, of course, extremely gory, concluding the end of the Third Servile War. Troubles continue to thwart Spartacus and his rebels, however, as they deal with food shortages, shelter problems, betrayals, mounting casualties and a spy in their midst. In the end, Spartacus and his outnumbered rebel force prepare for what could be their final, pivotal battle against the Romans. We all know how it’s going to end… [amazon.com/theguardian.com]