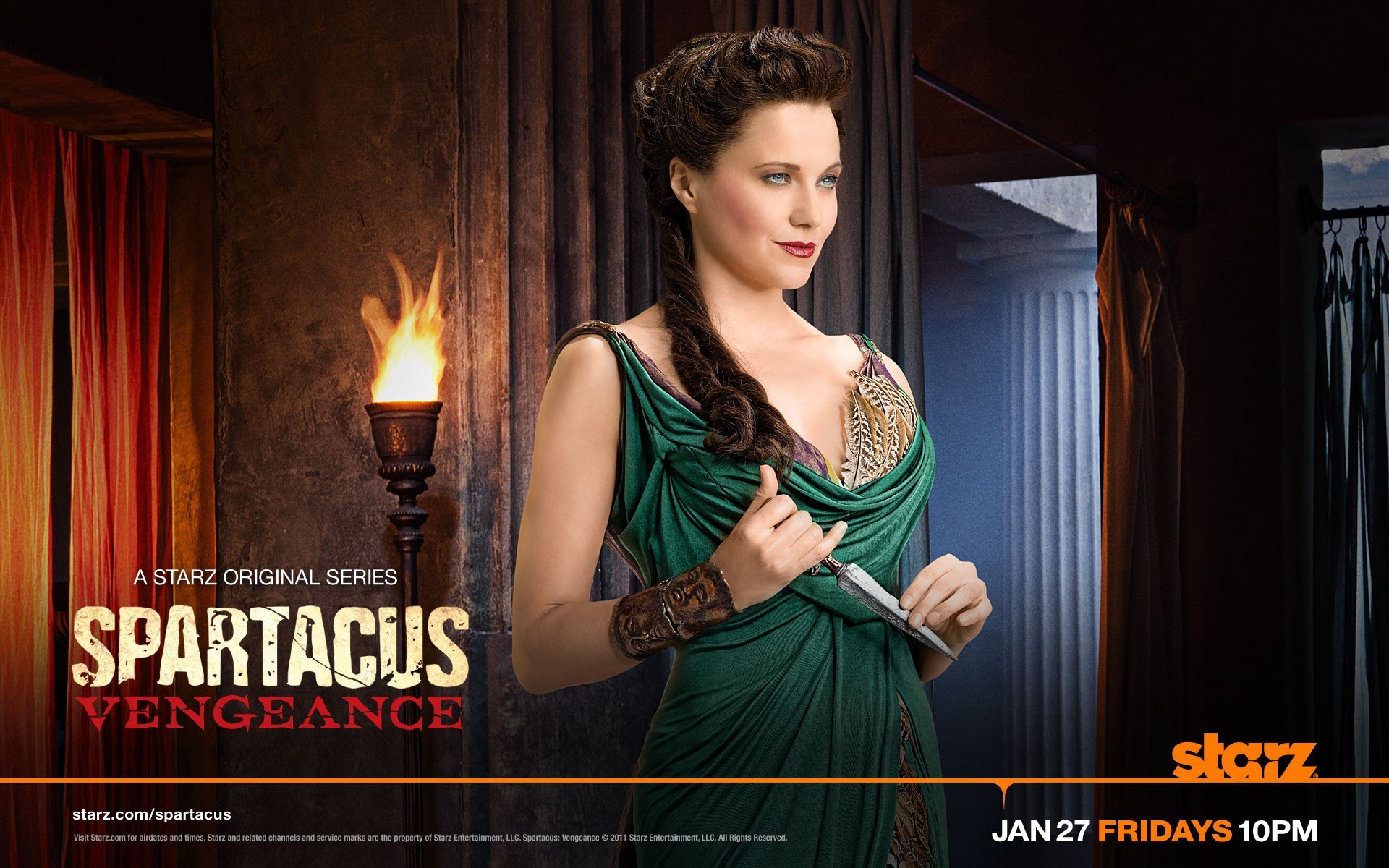 Lucy Lawless as Lucretia: always a man’s equal or better

Batiatus’s equal in cunning, Lucretia sees every angle and wields power with a steel grip cased inside a kid glove. She is sexually voracious, taking the gladiator Crixus for a lover, but longs for a child she is so far unable to bear. Lucretia thinks Spartacus is an uncontrollable beast that has cost too much and fears he will bring misfortune upon Ludus. [sharetv.com]

Lucy Lawless has created a character with surprising depth, but I just love how sexistly IMDb described her:

Lucretia is the evil bisexual widow of gladiator school owner Quintus Batiatus and lover of Crixus, the former champion of Capua.

Like dinner when it’s in the oven, Lucy Lawless has gotten hotter over time. Back in the late ’90s, she both aroused and intimidated us as the star of Xena: Warrior Princess, though, honestly, her Greek powerhouse teetered a little too far into butch territory to completely enter our fantasies. On both seasons of Spartacus, however, Lawless is a force of sexual nature, flashing her mondo breasts often and rubbing bodies with guys and dolls… With a gang of hot slave girls at her disposal, Lucretia always gives males viewers what they want, instead of making us feel physically inferior a la Xena. [complex.com]