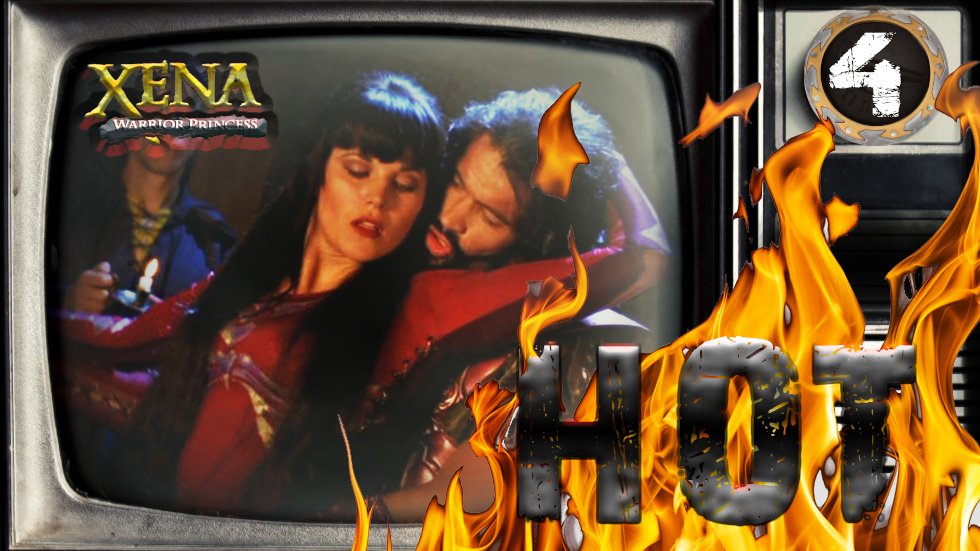 Kevin Smith as Ares in Xena: Warrior Princess was one of my first TV crushes. Kevin was playing a selfish, aggressive and ambitious God of War who was completely obsessed with Xena. Maybe the reason behind his lust for her was that Xena was the only one to tell him “no”.

Xena anticipated and escaped all the traps Ares would set for her. This sparked even higher flames in the eyes of the God of War. He loved a good challenge, appreciated his opponent’s strength, and never gave up after losing a battle.

It wasn’t just the continuous cat-and-mouse game that intrigued me so much, it was how they played it. Seductively and passionately. There was a part of Xena which longed for power and wars, but in the end, it was Gabrielle who controlled her heart and prevented Xena from making bad choices. Ares being one of them.

Early in 2002, Kevin Smith (who was preparing for his first Hollywood role in the Bruce Willis action film Tears of the Sun) went to China to shoot the US-Chinese martial arts film Warriors of Virtue 2.

On 6 February 2002, Smith completed his work on the set in Shijiazhuang, 270 km southwest of Beijing. After celebrating with staff from Beijing Film Studio, and while waiting for a ride back to the hotel, he decided to walk around the Central China Television film studio grounds and climbed a prop tower on the set of another film. He lost his footing and fell three stories, suffering severe head injuries. Smith was rushed by staff to a local hospital, then transferred to Beijing. He lapsed into a coma and was kept on life support for ten days until life support was discontinued. He died on 15 February without regaining consciousness.

A television documentary celebrating Smith’s life and career, Remembering Kev: A Tribute to Kevin Smith, aired on TV2 on the first anniversary of his death. [Wikipedia]

In March 2002 he was due to begin filming in Hawaii for the action film Tears of the Sun (2003) (which at the time was known as “Man of War”) starring Bruce Willis. This would have been his first role in a major Hollywood film and could have finally put him on the US movie map. Kevin was an extremely popular attraction at numerous Xena/Hercules conventions in the US. He was an extremely talented and accomplished singer and musician. [IMDb]

This is my tribute to the God of War.