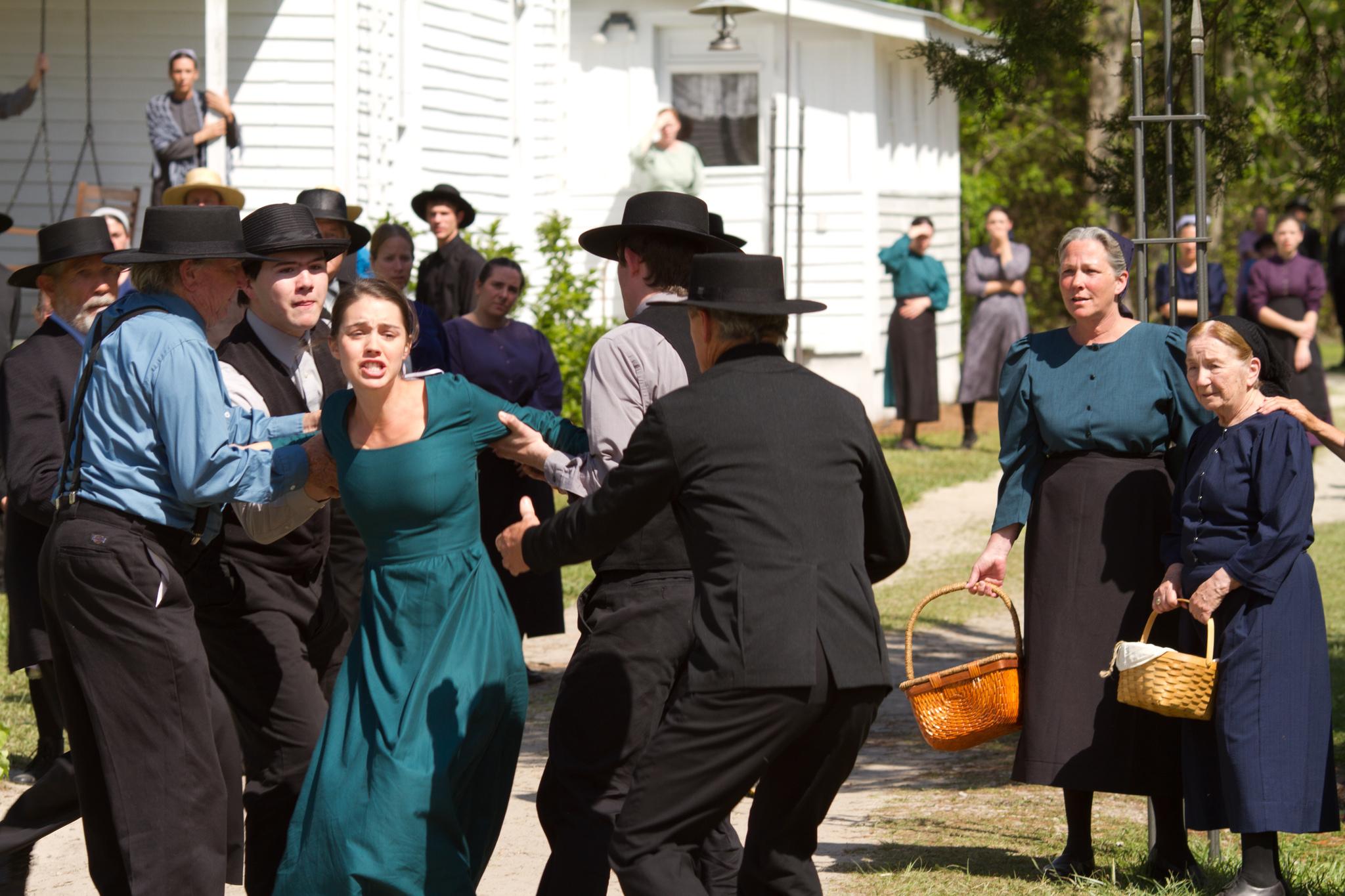 Gold in a Pile of Shit

Yes, that’s about Alycia Debnam-Carey and Adelaide Kane. Two rising female TV stars who are becoming new role models (or crushes) for lots of teenage girls and young women. The movie itself isn’t very good, just like it says:

Forgive me father, for I am sin, – yes, it has quite a few of those.

The biggest sin is very typical for most of the horror movies: it’s all been done and seen before. What’s good about it? Cinematography – it deserves a bow. The intriguing storyline (at least in the beginning). The movie is set in a very exclusive stereotypical Amish community and the story revolves around 5 girls who are about to turn 18. Sounds very kinky. Well, it’s not. There are a few very disturbing and well-acted scenes (works because of Alycia and Adelaide), but lots of missed opportunities as well.

In general, it’s not bad, performances are very good, but with a little bit more creativity and less typical bullshit, it could’ve been great. If unused potential inspires you as much as me, check it out:

As I watching The Devil’s Hand I couldn’t stop thinking of Alycia’s Lexa from The 100. Characters are completely different, yes, but the vibes are the same. Although she’s not gay in the movie, it was so easy and natural to think that she was. And Adelaide Kane who was a female lead in the TV show Reign is so feisty and emotional in this movie, that it would’ve been a sin not couple them up. So I did. In a full movie remake made of 4 parts that are over 30 minutes long combined. #lezbehonest, I like my version much more than the movie itself…

Here’s a summary, some pictures, quotes, and a video -> PART 4 – COMING SOON…